How Can Enterprises Survive in the Fierce Market Competition of the EV Batteries?

How Much is EV Battery Demand in China in 2020?

The number of new energy vehicles has a great effect on the demand for EV batteries. According to the planning of the Ministry of Industry and Information Technology, the ownership of the domestic new energy vehicle will reach 5 million by 2020 with the sales of 2 million, accounting for about 12% of the total sales. It is estimated that the demand for EV batteries will reach 90GWh in 2020 based on the average energy consumption of 45kWh. 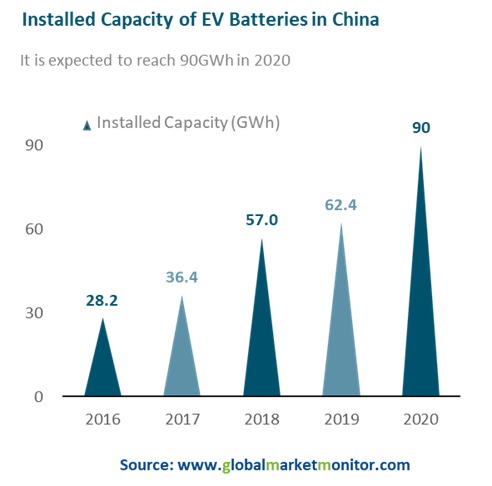 CATL is a major ternary lithium battery manufacturer in EV battery field in China, whose technical route is mainly based on the high-nickel ternary lithium architecture, relying on reducing the number of modules to directly form a standardized battery pack from multiple large-capacity batteries. At the same time, in the case of constant charge and discharge rate, the CTP technology of CATL only needs to adopt a simple series structure to output or accept a larger current, with stronger power and faster charging.

Lithium iron phosphate battery has the characteristics of safety, stability, and low cost, which has been used as a new energy vehicle EV battery in the early days. Later, as new energy vehicle subsidies increasingly required battery energy density and other indicators, ternary lithium batteries gradually became the mainstream in the EV battery market due to their advantages in cycle life and endurance. 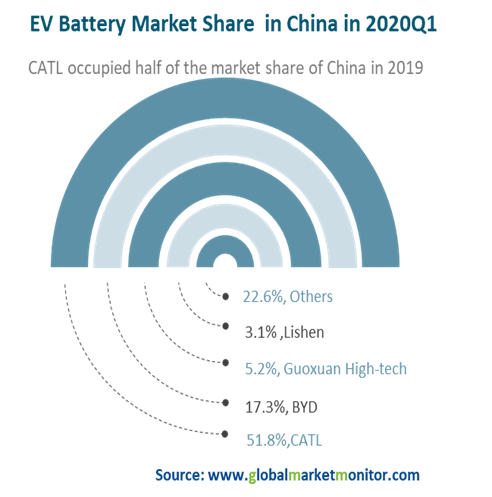 In April of this year, the State Council's comprehensive technological progress, scale effect, and other factors extended the implementation period of the new energy vehicle promotion and application of financial subsidy policy to the end of 2022. To ease the intensity and rhythm of subsidy withdrawal, in principle, the subsidy standards for 2020-2022 will be 10%, 20%, and 30% on the basis of the previous year. The subsidy policy has gradually receded, and the market is more sensitive to the cost of electric vehicles. At the same time, the expectation of the performance of automobiles has continued to increase, making the market increasingly fierce, and the industry pattern has gradually concentrated in the industry. 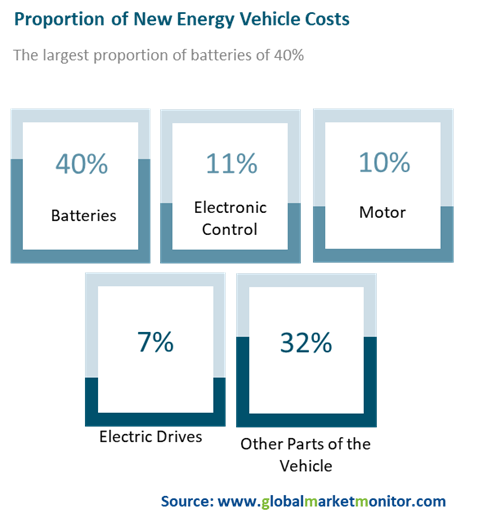 In the past, subject to the restrictions of the national subsidy policy, foreign-funded batteries were not subsidized in the domestic loading of vehicles, which led to foreign batteries failing to enter the mainstream market. After policy subsidies receded, real market competition began. 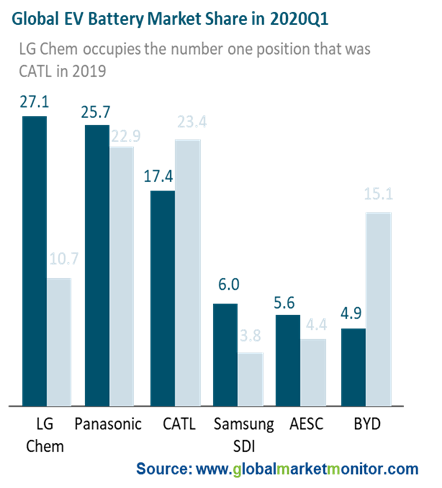 In the case of increasingly fierce competition in the domestic EV battery market, the price war is only an expedient measure to gain share in the short term. Thus, it is necessary and significant for battery companies to build long-term cooperation with downstream OEMs to lock in market share and extend their industrial chain with high-quality products and service.

The lithium battery industry chain is gradually transitioning from Japan, and South Korea to China, and the supporting industry chains of China, Japan and South Korea are also increasingly optimized; in particular, the comprehensive competitiveness of China is highlighted, which is expected to lead the global electric vehicle into a true parity era. In the short to medium term, the global competitive landscape of EV batteries will be dominated by LG Chem and CATL.